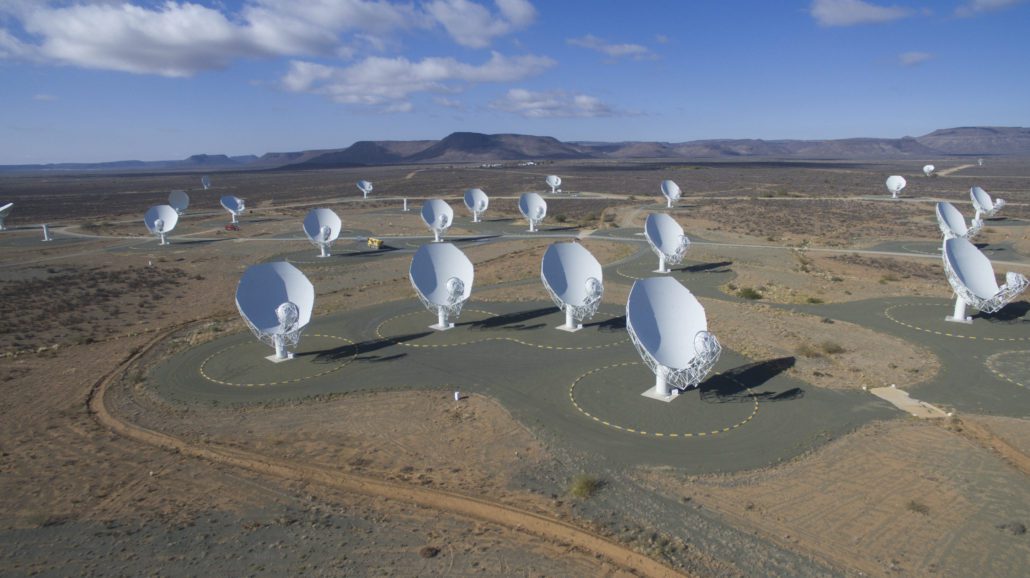 The New Zealand Square Kilometre Array (SKA) Alliance has contributed to the first astrophysical discovery made using MeerKAT, the SKA precursor that is currently under construction in South Africa.  MeerKAT instrumentation designed by staff at Auckland University of Technology was used to make critical radio observations that enabled a multi-wavelength study of a rare class of neutron star known as a magnetar.

The research, published in The Astrophysical Journal on 6 April 2018, presents the study of a magnetar – a star that is one of the most magnetic objects known in the universe – that awoke in 2017 from a 3-year slumber.  Radio observations made with MeerKAT, the Square Kilometre Array (SKA) precursor in South Africa, triggered observations with NASA X-ray telescopes orbiting the Earth.

The international team of co-authors includes Dr Willem van Straten of the Institute for Radio Astronomy and Space Research at Auckland University of Technology.  As a member of the NZ SKA Alliance, van Straten leads the team that designed the pulsar timing backend for MeerKAT, a critical component that enabled the magnetar observations. “It’s exciting to see our design producing novel scientific results at the forefront of our field,” said van Straten, “and it is only the tip of the iceberg of what we can expect from the Square Kilometre Array.”

You can read more about this story at the following links: