Compucon New Zealand is a computing system manufacturer and a digital technology system integrator based in Albany, Auckland.  It takes an engineering approach to design its computer system integration and employs an ISO-9001 certified quality assurance system to manage the production of computers.  As ISO-9001 defines quality as fitness for purpose, Compucon’s team enter into an advisory role to discuss with clients what the best hardware configuration is to do their job.  An IT consultant Hamish Fenn once said that “the products and services provided by Compucon is legendary”. Compucon also hosts a R&D division and was quoted by an University of Auckland senior lecturer Dr Radu Nicolescu as “the closest industry partner of the Computer Science department having been involved with its BTECH program since 2002”.

The front page of the official Compucon website http://www.compucon.co.nz contains a poster that indicates the scope of products and technology emphasis over time.

Staff at Compucon currently contribute to the system design for the Science Data Processor (SDP) elements of the SKA.   Contributing members include Song Huang, Stefan Wong, Dave Fielder, Edmond Chan, and TN Chan.  The team is represented by TN Chan in SKA, CSP, SDP and NZA.

The company’s first contribution was as a co-author of a technical paper submitted to the SKA Project Office in 2013 to support New Zealand’s pursue for design participation in SKA.  The authors have since become the core of New Zealand Alliance when official design and investigation started in 2014.  Andrew Ensor is the lead author of the paper.  Sergei Gulyaev, Oliver Sineen, Rezaul Hasan, and TN Chan are key authors.

The company’s first technical investigation was to assess the adequacy of several types of hardware devices including Epiphany, Tegra, and FPGA, for signal correlation in the desert as part of the Central Signal Processor.  Mid.CSP decided to use FPGAs in 2015 and the team reduced the scope to OpenCL for FPGA and organized with Altera to provide a 2-day training course in Auckland for New Zealand Alliance members.  Mid and Low.CSP have since decided to stay with HDL programming as OpenCL was not considered ‘that mature’ for FPGA.

The company’s current scope is the SDP Compute Node design.  The team has undertaken many official SDP investigation tickets and have produced several technical reports.  Of these reports, TSK-2105 obtained a very high level of attention in SDP and attracted over 50 comments and discussions on the report in March 2018. The TSK-2105 report delivered a more comprehensive view of the Compute Node hardware design than that described by just the phrase ‘commodity off-the-shelf’.  The engineering involved to do this has always been taken for granted by consumers.

The investigations are supported by Tim Cornwell, a world class astronomy scientist.  He is the lead author of the Algorithm Reference Library (ARL) of SDP and created a Test Continuum Imaging Pipeline for our team to use for benchmarking.  ARL was written in the Python programming language, our team (mainly Song Huang) converted the code to CUDA and OpenCL for parallel execution on GPUs. 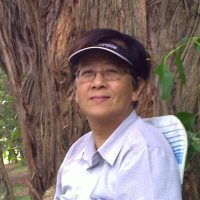 Managing Director of Compucon New Zealand (Modern Technology NZ Limited) TN focuses on the Compute Node architecture and performance investigations. His current effort (May 2018) is reviewing the previous estimations of SDP hardware size based on the SDP Parametric Model and ARL requirements. He was born in Hong Kong, earned a honors degree in Mechanical Engineering from the University of Hong Kong and became a Chartered Engineer in Electrical Engineering for his experience of practicing in electricity power generation.  He was employed by the New Zealand Electricity Department and moved to Wellington in 1985 where he continued to practice in Read more …